Speaking of car production, Japan has never been defeated. Its products such as Daihatsu, Toyota and several others control almost half of the world's markets. 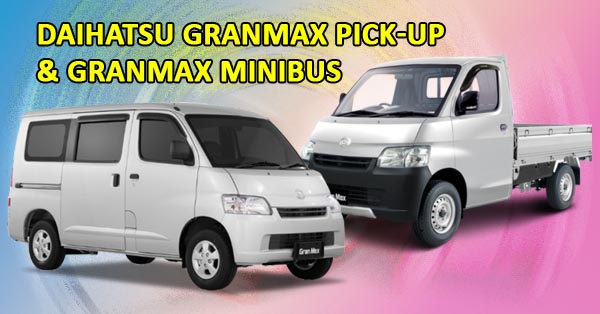 In this Japanese launch, Daihatsu Motor Co. LTD launches two variants of Daihatsu Granmax namely Pick-up and minibus. As information, in Japan, people used to refer to Granmax Minibus as Granmax Carbo and Granmax Truck to refer to the pick-up version.

Information circulating states that two variants of the latest Daihatsu Motor products began to be officially sold this year in September. The proud thing is that both of these variants, both Granmax Pick-up and Granmax Minibus are both produced in Indonesia.

PT. Astra Daihatsu Motor Indonesia, which produces the two variants of the car, is then sent to Japan for sale.

Two variants of the Granmax Pick-up and Granmax Minibus are made by bringing the latest technologies. One of them and at the same time a mainstay is this car is equipped with a safety feature called Smart Assist.

This feature is equipped with a stereo camera that functions as a monitoring tool. Simply put the safety system that is carried by the Granmax Pick-up and Granmax Minibus cars depends on the role of this stereo camera.

Its main function is to help the car avoid collisions, scan pedestrians, especially at night. If the driver gets off track or misreads the accelerator pedal, this Smart Assist technology will automatically give a warning.

There are many more features that take advantage of the latest technological advances embedded in this Granmax Pick-up and Granmax Minibus car product but cannot be discussed here. If you are curious, friends can just visit the official website.